It was an environmental Song Workshop, focussing on Green Energy and Biodiversity.

He visited the Junior and Senior Infants and also First and Second Class, before completing 2 one-hour sessions with 3rd and 4th Class and 5th and 6th Class.

A most enjoyable day was shared by all. The children enjoyed both his musical and lyrical talent, and marvelled at the environmental content of his songs. 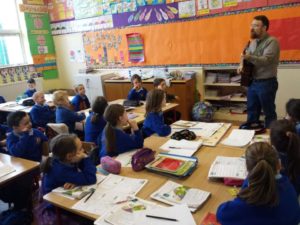 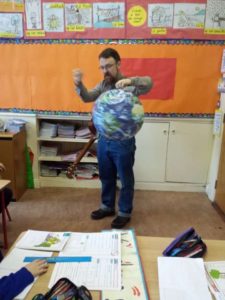 She had beautiful and informative posters and displays and spoke to us about our Green Flag Theme – Litter and Waste. 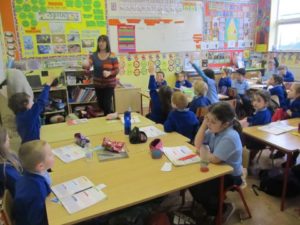 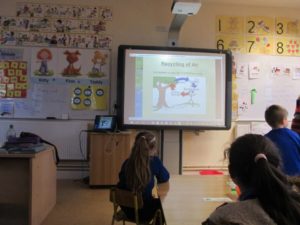 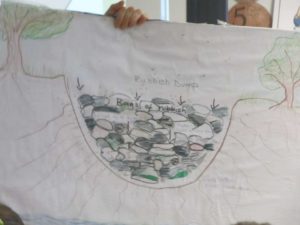 She visited Junior and Senior Infants and then First and Second Class first where she showed them a glass jam jar and explained that glass can never be broken down. It can be reused many times for many different things but in a million years, assuming it remains unbroken, her glass jam jar will look the exact same as it does now. 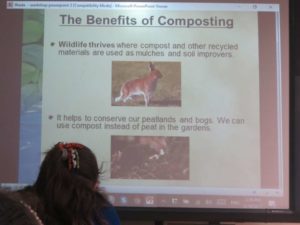 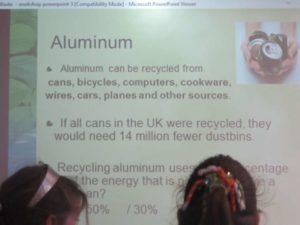 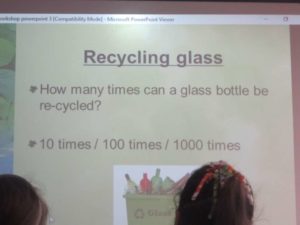 Joanna then spent the afternoon chatting to Classes from Third up to Sixth about the process of Composting and Recycling, she showed us a picture ofand described a Landfill Site (Yuk!)

He brought different types of mini-beasts and insects …alive and deceased!

He spoke to us about the importance of pollination and the effect that habitat destruction will have in our world.